Menu
Login | Sign Up
Start New Thread Reply To This Thread
Page 1 of 1 :: Viewing 1-7 of 7
The Bedeviled Dictionary - Started by: Roadstripe 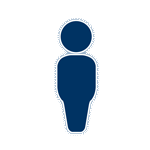 Roadstripe
Art Connoisseur
# Posts: 688
Joined: 25 Jan 2002
Profile | Gallery
The Bedeviled Dictionary
Posted: 30 Sep 2006, 11:52 PM
Reply Quote
This post has been edited 1 time. Last edit on 12 Jan 2007, 04:49 AM.
After reading Ambrose Bierce's The Devil's Dictionary some time ago, I felt inspired me to create my own snarky definitions. Here is a sampling of the ones polished enough to share. Criticisms, witticisms, and plain old laughter are welcome.

angst, n. Happiness, to a teenager.

critic, n. A shapeless, parasitic insect which feeds off the lifeblood of creative people and offers pain and suffering in return.

opinion, n. A wingfeather of congealed thought. Showing it off is the delight of its possessor and its plucking is the amusement of everyone else.

pet, n. A lower animal often used for companionship and, in some cases, changing the litter box.

science, n. A celebration of reason and learning. Sadly, like many parties, some of the participants are drunk.

sex, n. An offering to the God of Lust which, in the spirit of all tricksters, offers children in return.

stupidity, n. A common mental disorder which, unfortunately, appears to be incurable. It is also the primary root of all sin.

syntax, n. A fee paid by those who wish to prevent the evils of mangling the written word. Sadly, those too stingy to pay tend to insist the most on inflicting their writing on others.

writing, n. Both agony and ecstasy for the price of one.
Defunct Account
Posted: 01 Oct 2006, 07:03 AM
Reply Quote Edit
hehe cool ones

aaand how weird.. i just found and bought it this evening

conservative, n. A politician who spends an excessive amount of time and hot air making sure the people stay as miserable as before.

Democrat, n. A strange creature possessing long ears and awful voice. They have a bad habit of kicking people in sensitive spots such as the wallet.

election, n. A type of high-stakes gambling in which everybody loses except the house, which has already weighted the dice in its favor.

election year, n. A period of time when a select few idiots spend a massive amount of energy, money, and hot air trying to convince the dimwit masses that they’re the best fool to lead a bunch of nincompoops.

Independent, n. An odd creature who believes that, no matter who is elected, they’re the wrong one for the job. An Independent who conveniently forgets he or she isn’t right for the job either is a Third-Party Candidate.

liberal, n. A politician who spends ridiculous amounts of energy and hot air trying to replace the people’s old miseries with new ones.

moderate, n. A politician who can’t figure out which miseries to inflict upon the people.

politics, n. The study and practices of shapeless, parasitic insects which primarily feed on the blood, sweat, and money of others.

politician, n. A criminal who wants to be famous.

Republican, n. A strange gray creature with big ears and a bigger nose useful for sticking into people’s pockets.


goth, n. A strange sort of young creature seemingly obsessed with appearing undead, typically only distinguishable from a zombie by its pulse.

horoscope, n. A guide for planning one’s future, typically possessing even less of a clue than its reader.

moral indignation, n. The only non-sinful type of pleasure, derived from pointing out the appearance of sin in others.

normal, n. A nonexistent quantity everything is compared to.

nudity, n. A state of undress in which a person reveals his or her flaws to an unforgiving audience.

righteous indignation, n. Moral indignation with a leg to stand on (often shaky) and a willingness to kick anyone who attempts to knock said leg out from under it.

sports, n. A widespread method of torture applied to the intellectual, the unpopular, and the physically inept.
Page 1 of 1 :: Viewing 1-7 of 7