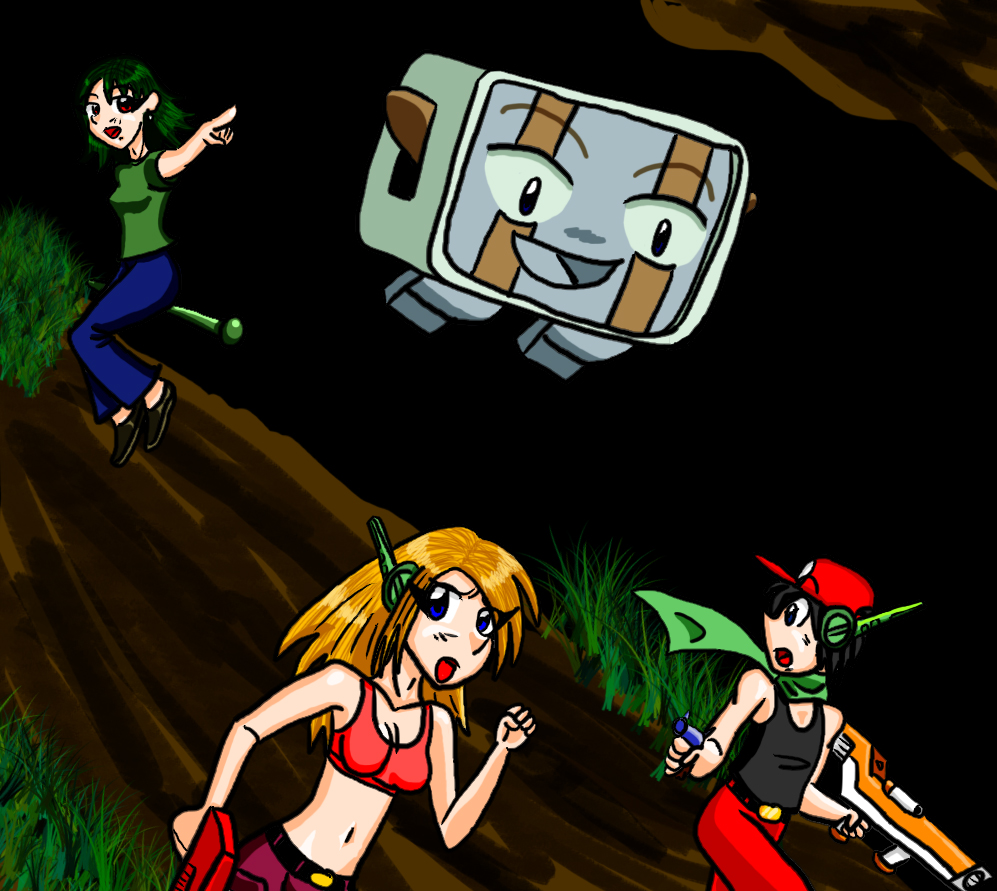 Yes, I've been playing this since it came out last Monday on Wii and it is AWESOOOOOOOOOME!!!!!!!!!!!! XD Just felt compelled to draw some fanart is all. Actually started this on my old computer, just before the new one arrived and completed on the new one. Considering Pixel's art of the characters isn't terribly consistent (he's even said himself that they never look the same each time he draws them), I tried to pull together what I could from the game sprites and his artwork.

Now, before you ask, if you haven't played Cave Story yet, the guy is Quote, the blonde girl is Curly Brace, the witch is Misery, and her adorable flunky, Balrog, charging to attack.

And of course, if you haven't played Cave Story yet, either download it on Wii or if you don't have one, go look up the PC version, there's even a Mac port, if you need it.

What kind of comments is migucast seeking for this piece?