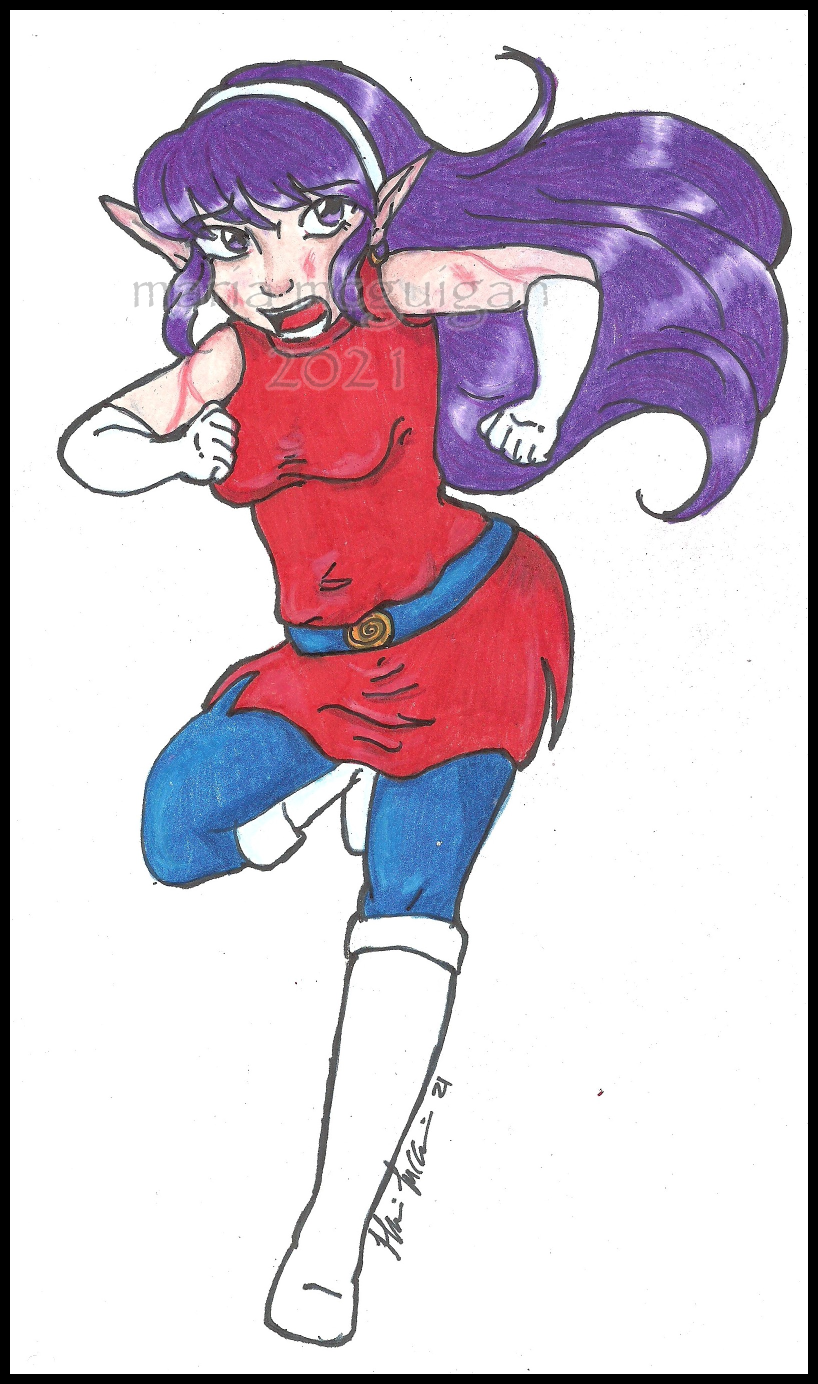 ANOTHER old Zelda OC! Sheâ€™s been through a few design changes (clothing wise, colors have always stayed the same) and recently went through a name change. My scanner tends to scan things very light so some of her scratches and shading donâ€™t show up.

For as long as I have had her, I always wanted her to deal with time. She canâ€™t entirely control the flow of time like Zelda has in OOT but she can see visions of the future and has on some occasion, seen visions of the past. I want her to be a chosen soldier like my other main OCs but she feels weak compared to them. If sheâ€™s desperate, she can temporarily stop time at what seems, the cost of her own life. Perhaps sheâ€™s meant to watch over the ocarina of time?

She has so many kinks to iron out that I get frustrated, haha. Especially when I imagine them reincarnated into other Zelda games. Her abilities seem so weird and off in other Zelda eras. It sucks.

She was abandoned by her parents at a young age, picked up by a Gerudo woman who raised her. When this Gerudo woman saw that she had potential to see into the future, she decided she use Felicia for her own gain. She didnâ€™t understand that her visions werenâ€™t set in stone and any little action could change the future. Growing up in the Gerudo Fortress, she only caught very brief glimpses of Ganondorf before he fully left for Hyrule Castle. In those brief moments, Felicia would have chills that would linger and her mind would be filled with quick images of destruction and despair. As a young child, she would try to tell her foster mother about the visions but the mother would just brush it off. As Felicia grew up and the feeling of dread got worse, she again tried telling her mother who brushed it off once more and told her to worry more about earning them money.

After Ganondorf took over Hyrule, Felicia escaped her foster home and would live out in Hyrule Field for a year or two. On her way towards Kakariko, she was ambushed by Moblins and was rescued by Razz Jade who she soon falls in love with.

Thatâ€™s all I got for now. Iâ€™m still working things out. My characters are always evolving.

What kind of comments is ebm seeking for this piece?